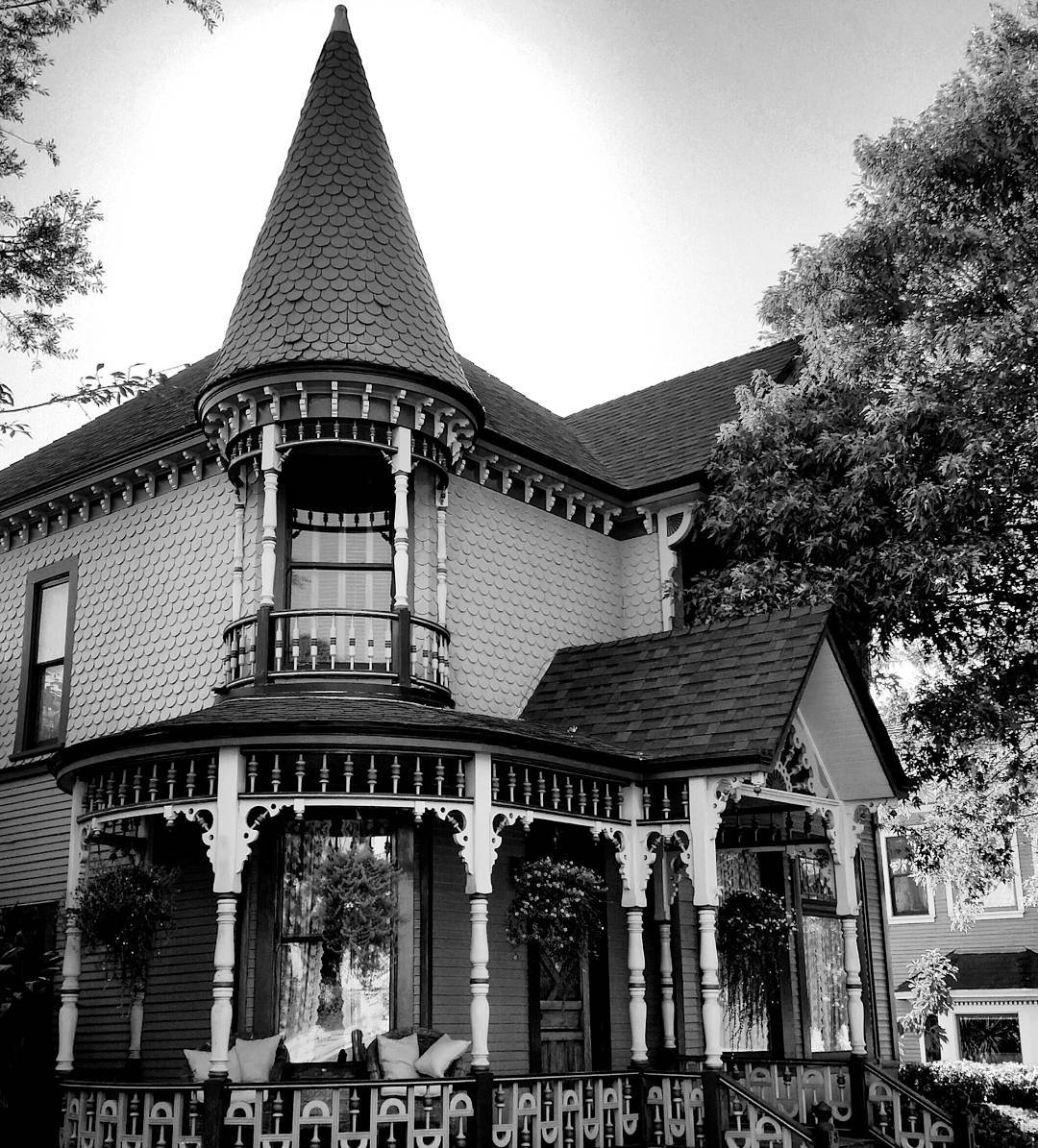 Historic preservation in Los Angeles has always been a battle, and to think of the terror that took place on Bunker Hill between the 1930’s and 1960’s in which Victorian homes were obliterated and with no obituaries in sight; is a complete nightmare.

But in the Angeleno Heights neighborhood, just northwest of Downtown L.A bordering Echo Park lies the word “enchantment .” In it, you will find Carroll Avenue which is considered one of the first suburbs in Los Angeles. It possesses the highest concentration of Victorian era residences in all of Los Angeles. Specifically on the 1300 block where Queen Anne Eastlake Style Victorian beauties are on full display.

In 1886 William W. Stinson and Everett E. Hall filed for ownership of a tract of land called “Angeleno Heights.” In 1887 construction began on these Victorian homes which brought prosperous business men as part of the huge westward migration. The following year brought a bank recession and put all construction to a hault. This little window of construction still stands, and it’s somewhat of a miracle given the way the city has treated it’s antiquities. In 1976 Carroll Avenue was listed in the National Register of Historic Places.

Many movie scenes have been filmed there and the final scene of Michael Jackson’s “Thriller” video was filmed on the house located at 1345 Carroll Avenue. The block is dreamy and eerie all at the same time. It sits on a hilltop with splendid eastward views of downtown. It has a fairytale ambience that only Disneyland could match, but also holds a perfect setting for a Dracula movie. Can’t help to think of the builders, the labor men on this one. So take a stroll and lose yourself