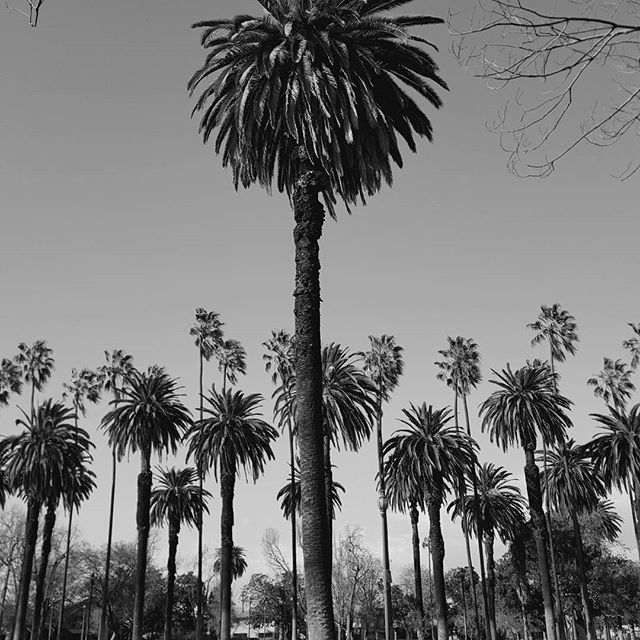 The California fan palm tree (washingtonia filifera) and the Canary Island palm tree(Phoenix canariensis) are pictured here. The only native palm tree to Los Angeles is the California fan, all others have been imported.

As early as the mid 1700’s Franciscan missionaries started planting these for ornamental reasons. The early 1930’s saw the biggest effort in planting palm trees, in 1931 alone – 25,000 palm trees were planted to beautify the streets in preparations for the 1932 Olympic Games held in Los Angeles. Today many of these trees are nearing their life span and the drought hasn’t helped. The L.A. Department of Water and Power has indicated that as the city’s palm trees die, most will not be replaced with new palms but with trees more adapted to the region’s semi-arid climate, requiring less water and offering more shade.

When standing next to one, it doesn’t do much and most don’t appreciate them; but when you stand back some yards, they landscape Los Angeles beautifully.

Pictured in front is a Canary Island palm in a South Central L.A park. We couldn’t imagine the city of angels without them.