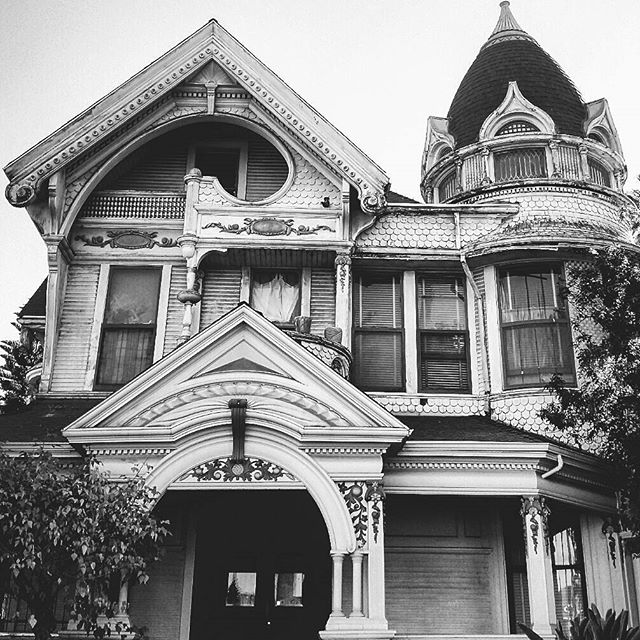 The once upscale and fashionable area of Westlake is no more, but captivating structures still remain scattered around the area – like the Mooers Residence.

This one architectural masterpiece is located at 818 South Bonnie Brae; & the Mooers Residence will undoubtedly suck the wonder out of you. It was built in 1894 for May Gertrude Wright and F.L. Wright. In 1898 the Wright’s sold the house to Frederick M. Mooers for $5,200, hence “The Mooers Residence.”

Frederick Mooer was a wealthy man and one of the original co-founders of the Yellow Aster Mining Company. He was known as the “Yellow Aster Mining King.” Mooer only lived at his Bonnie Brea home for 2 years and was rarely home, despite that, the house was named after him. He was usually out prospecting and only made brief returns to his metropolitan life. He was an educated man, kindhearted, genial, liberal and free with his money. He died on May 25th, 1900.

This Victorian era house combines elements of Queen Anne, Richardsonian Romanesque, Moorish Revival and Beaux Arts architectural styles. The high quality and quantity of the woodcarving on this home is unreal. The master carpenter really poured his expressions at a maximum level throughout this house. He was indeed in some kind of zone while putting this house together.

I have a feeling most of us would spend as much time in the confines of this home dusting away, feeling homely in admiration of this masterpiece.