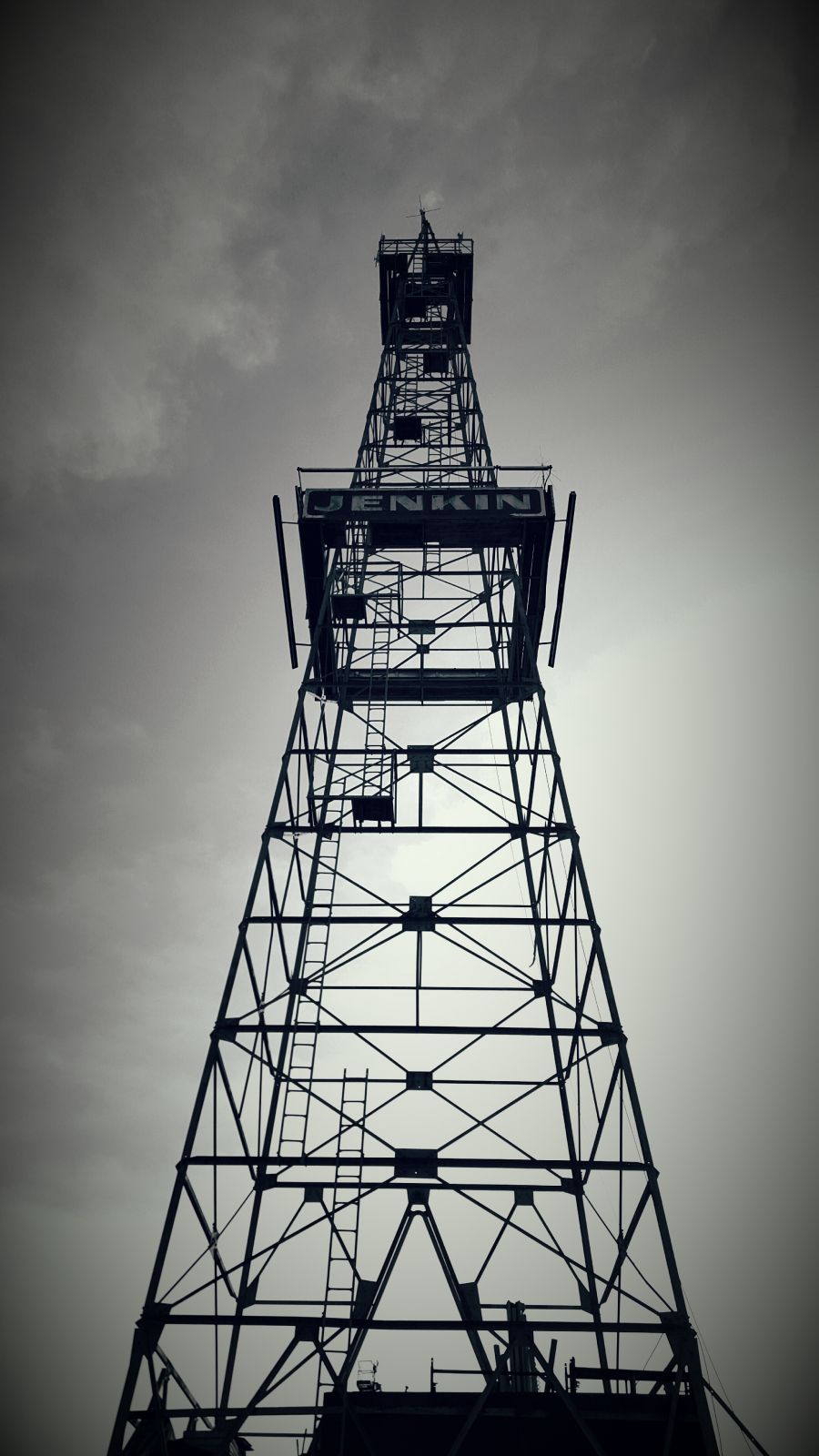 Saudi Arabia? Iran? Russia? Who needs them? We have Los Angeles.

Some say it was the railroad, some say it was the citrus, and others say it was the water brought over from the Owens Valley that made the City of Los Angeles into the roaring city it is today. But in fact, it may have been the oil that woke up this sleeping giant city which brought the masses to hunt for this tarred currency. Since Pre-America the earth in Los Angeles has seeped oil and caused destruction by trapping animals to their death. In today’s times, the trap comes by way of major dependency which can be seen throughout the world. It was first used by Native Americans as a lubricant and as a sealant to make their canoes waterproof. When the Spanish arrived and took control, they sent the natives to the area of what today is “The La Brea Tarpits” to haul the thick tar to present day Olvera Street to seal the rooftops of wealthy landowners. It soon became a mess, on hot summer days the rooftops dripped of the black melted sludge. But It wasn’t until 1892 when the largest oilfield was discovered by struggling prospector Edward Doheny and his mining partner Charles A. Canfield; on the corner of Glendale Blvd and West Second Street, near present day Dodger Stadium. After reaching 155 feet with giant picks, fumes and strong odors forced them to stop work. But by putting their creative minds to work, they used a 60 foot eucalyptus tree and sharpened the end into a bit. Forty days later they struck oil and natural gas. This well produced 45 barrels a day. This discovery set off California’s first oil boom. During those early days the situation proved to be a sticky one. Both pedestrians and horses got stuck on streets as oil used to pave the roads melted. It was soon discovered that oil could be used to heat buildings during winter months. Word got out and soon oil replaced coal. 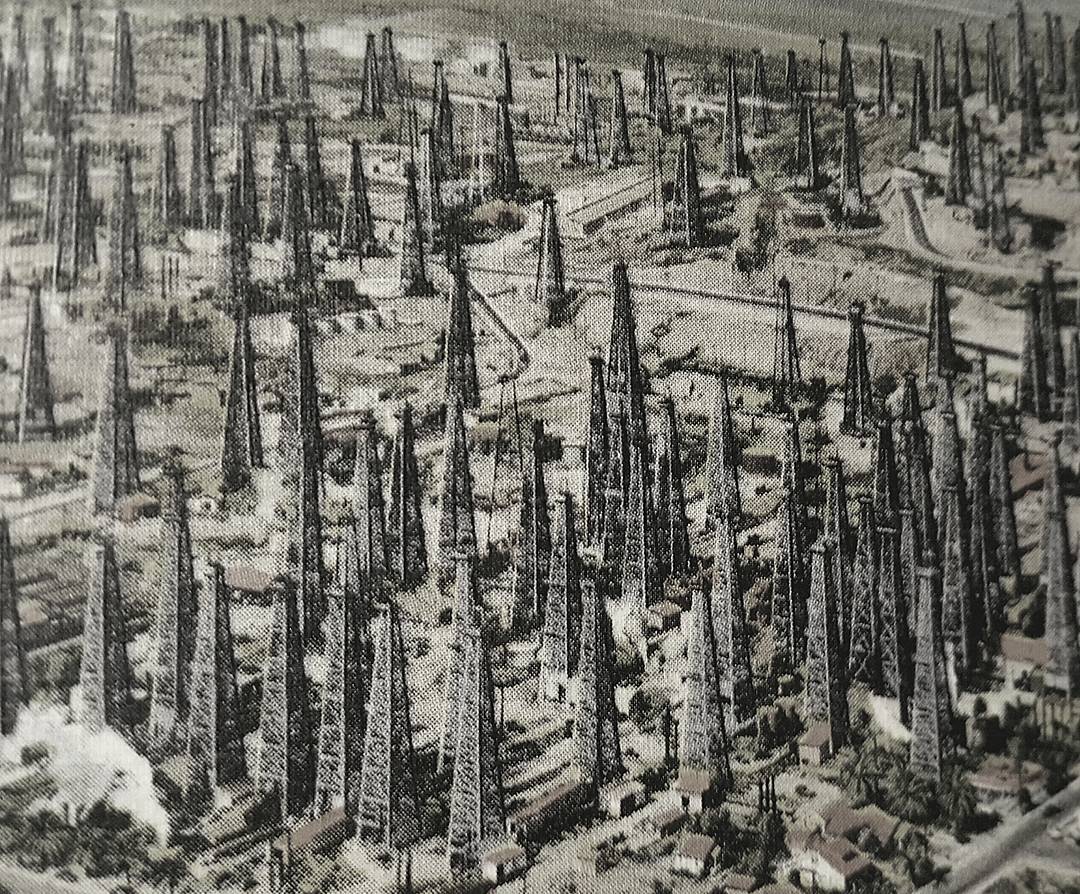 Between 1890 and 1900 the population in L.A doubled then tripled again to 300K in the next 10 years. By 1901, 500 wells were pumping with no concern for anything or anyone. Los Angeles soon looked like a forest of oil derricks. This caused a big uproar with residents as the noise from all the pumping rigs were too much for civilized life. It got so bad that California’s attorney general tried to outlaw all the rigs to no avail. The second boom happened when the railroad industry switched from coal burning locomotives to oil operating ones. One day, Echo Park Lake and the surrounding area became inundated in oil. Oil men had to set fire for days to clean up the mess. A lot of bad blood was mixing in the city between residents and city officials. Oil men continued to lie. They claimed to drill for water but accidentally found oil instead. Although the city doesn’t look like a forest of oil derricks anymore, pump-jacks are still visible throughout L.A. They are squeezed between shopping centers, homes, restaurants and anywhere a buck can be made. Signal Hill, Long Beach, Inglewood, Montebello, Cheviot Hills, Beverly Hills and Culver City which contains the largest oil producing field (Inglewood Oil Field), are the most concentrated areas. Buildings are constructed and built around the actual oil derricks to camouflage them.

Today around 3,700 oil wells, pump 25 million barrels of oil per year from 55 oil fields in the Los Angeles area, making it the 2nd most productive oil County in California. Enjoyable liquids such as wine, O.J, and water have brought prosperity to L.A. But it’s the one you can’t drink that has brought the biggest magnetic pull of prosperity, manipulation and corruption. Sadly, the sullied minds of L.A officials have continued to paint a gold picture with black brushes. The secrets have continued to be camouflaged as Angelenos swallow the side effects of fracking. Pictured postcard shows Signal Hill oil derricks Circa 1929, card reads:

“They are building these wells out in the oceans and shores, please save.”