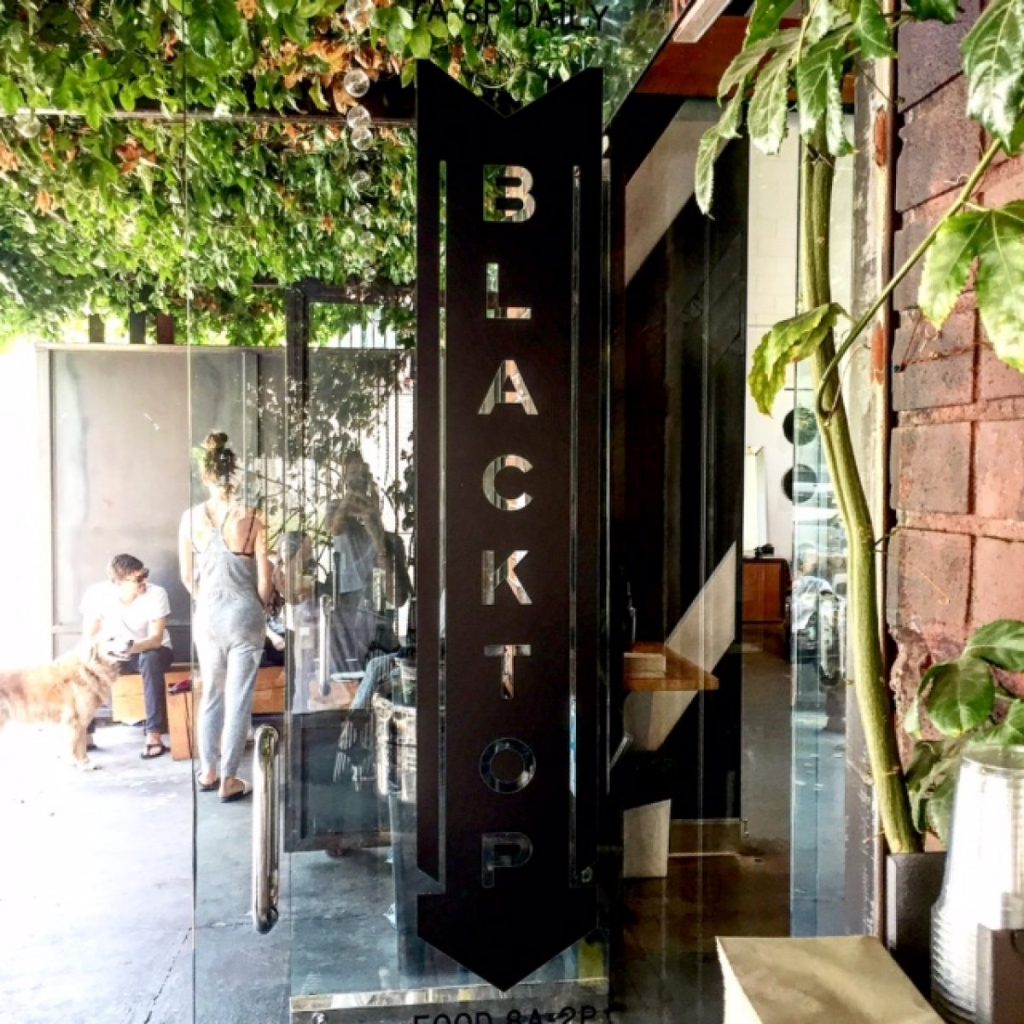 As I have said before, I love G&B Coffee, but I think Blacktop Coffee might be one of my new favorite DTLA coffee shops. It’s small, yes, but the space is cool – a 240-square foot coffee bar which shares an open door with the ultra-hip Alchemy Works shop on 3rd Street. And owner/coffee pro Tyler Wells (formerly Handsome Coffee) and staff are really nice – like, REALLY nice (unlike some shops which shall not be named). But, most importantly, the coffee is very good. When I was there in June, they were selling beans from SightGlass Coffee, but they were brewing coffee with their own proprietary Blacktop Coffee blend, and they said they would be selling their beans to the public soon. I had an iced latte, which just tasted so much better than other iced lattes I’ve had lately. Maybe it was the way it was made, but I think it might have been because of the Blacktop beans. 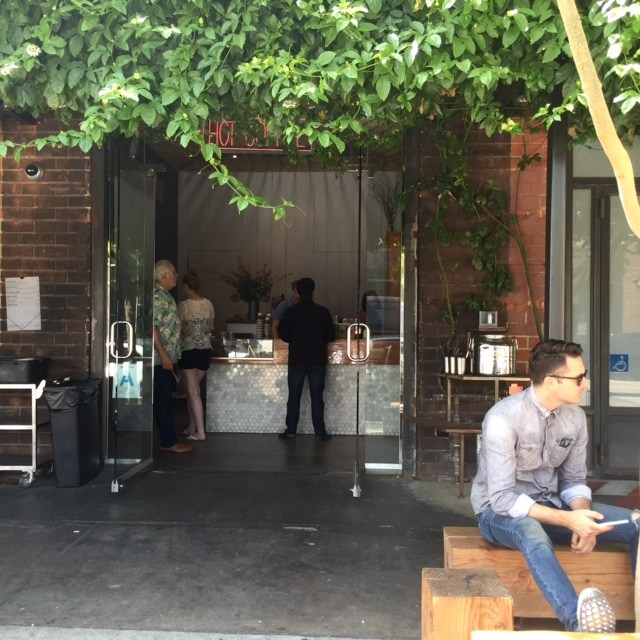 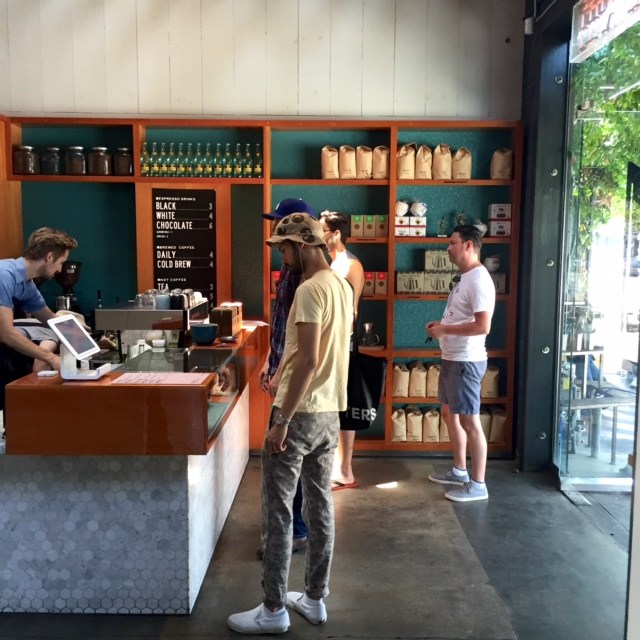 Inside Blacktop Coffee’s 240 square-foot shop. This picture was taken from the shared door between Blacktop and Alchemy Works.

But maybe the reason I most love going to Blacktop is because it’s on a street with super cool hipster shops where you can laugh and laugh about the things available for purchase such as a $95 handmade tobacco-and-copy paper scented candle or a $105 graphic tee with a picture of a taco riding a unicorn (just kidding). You know, the kind of stuff that seems so dumb it’s cool but also has you wondering (perhaps), what type of people can justify spending $105 on a graphic tee with a picture of a unicorn-riding-taco? All I know is that I found myself saying “that would make a nice hostess gift” a lot. Alchemy Works is one of these shops selling such random variety of clothing and housewares. 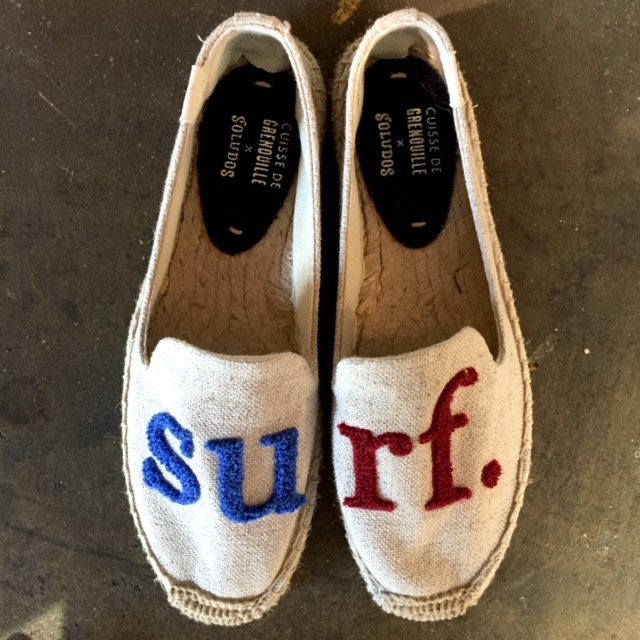 A pair of espadrilles (excuse me, “smoking slippers”) by Soludos Cuisse de Groenouille with the word “Surf.” $85 and you are guaranteed to be able wear them four times before they look like something you pulled out of a Green-Waste bin.

The other reason Blacktop Coffee is my new favorite is because it is in the middle of the Arts District. And street art is everywhere. Exhibit A, B, C, and D below. Bottom line, Blacktop is now on annelovescoffeemore’s top 5 favorite Los Angeles coffee shops. 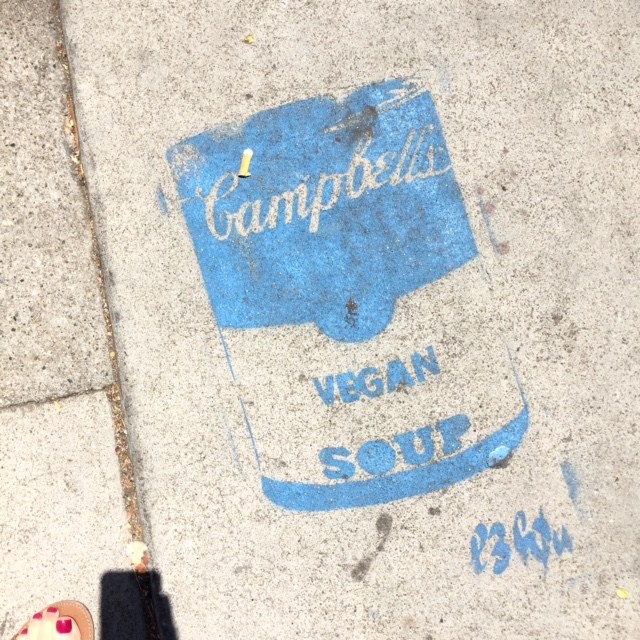 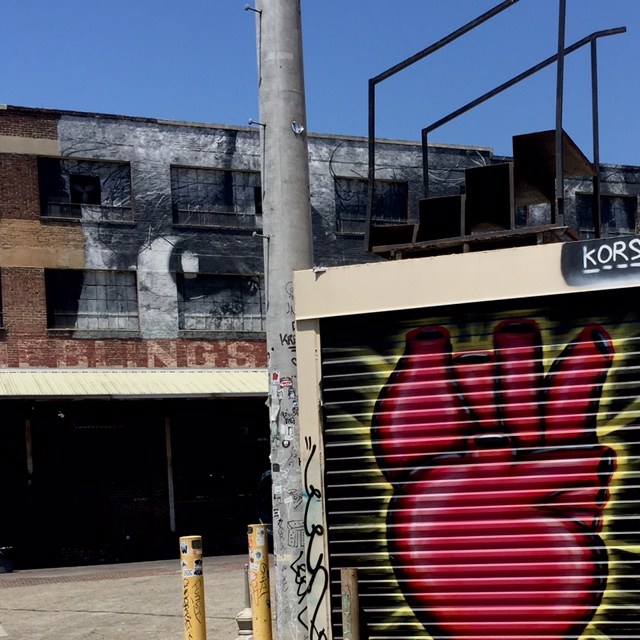 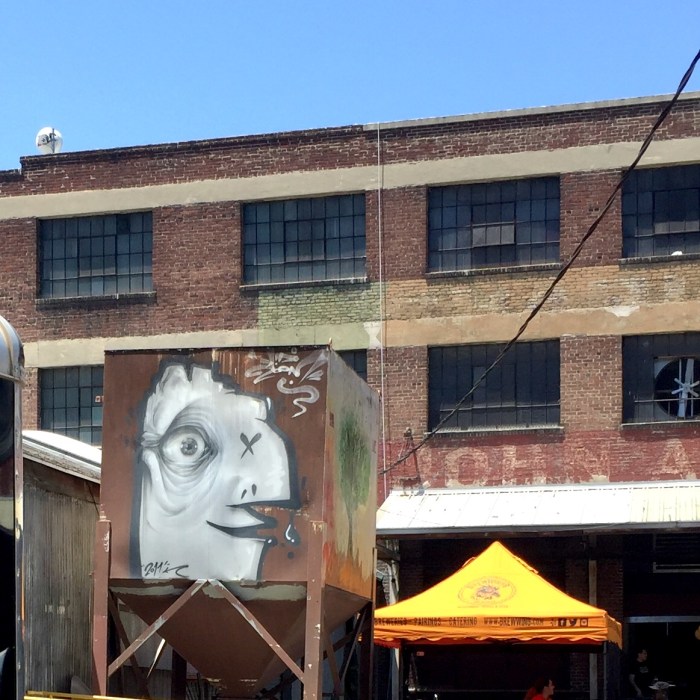 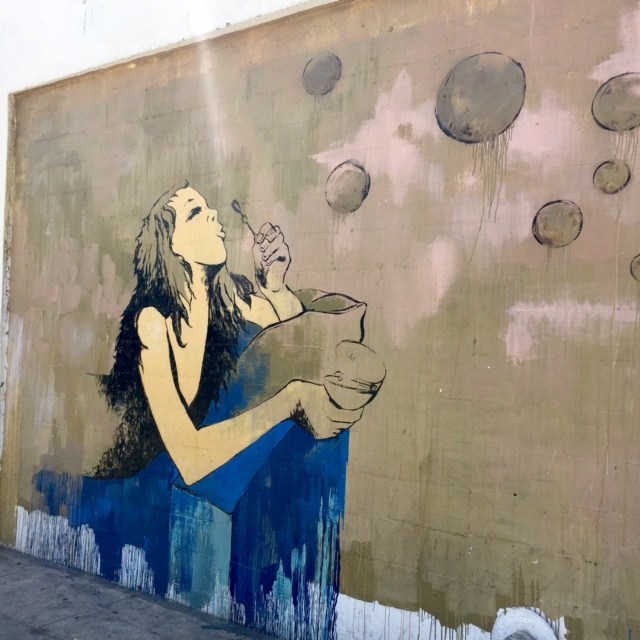 My name is Anne Stericker, and I am a writer and lifestyle consultant living in Los Angeles. And while I absolutely love Los Angeles, I also love a lot of other cities I have visited and/or lived in… cities like New York, Sydney, Paris and Rome. This is because, as far back as I can remember, I have taken immense pleasuring in finding things – both tangible and experiential — that are beautiful, practical and luxurious.

I also have a philosophy that a thing or experience need not be expensive in order to be luxurious. In fact, I firmly assert that there is zero correlation between the cost of an object or experience and how much pleasure it can bring. For me, coffee is one of those things. It can be delicious, beautiful and luxurious, and you definitely don’t have to be a millionaire to afford it. Coffee represents, perfectly, my philosophy that you can have taste, quality and luxury all at once, no matter what your budget is.