We have some serious Metro LA love. 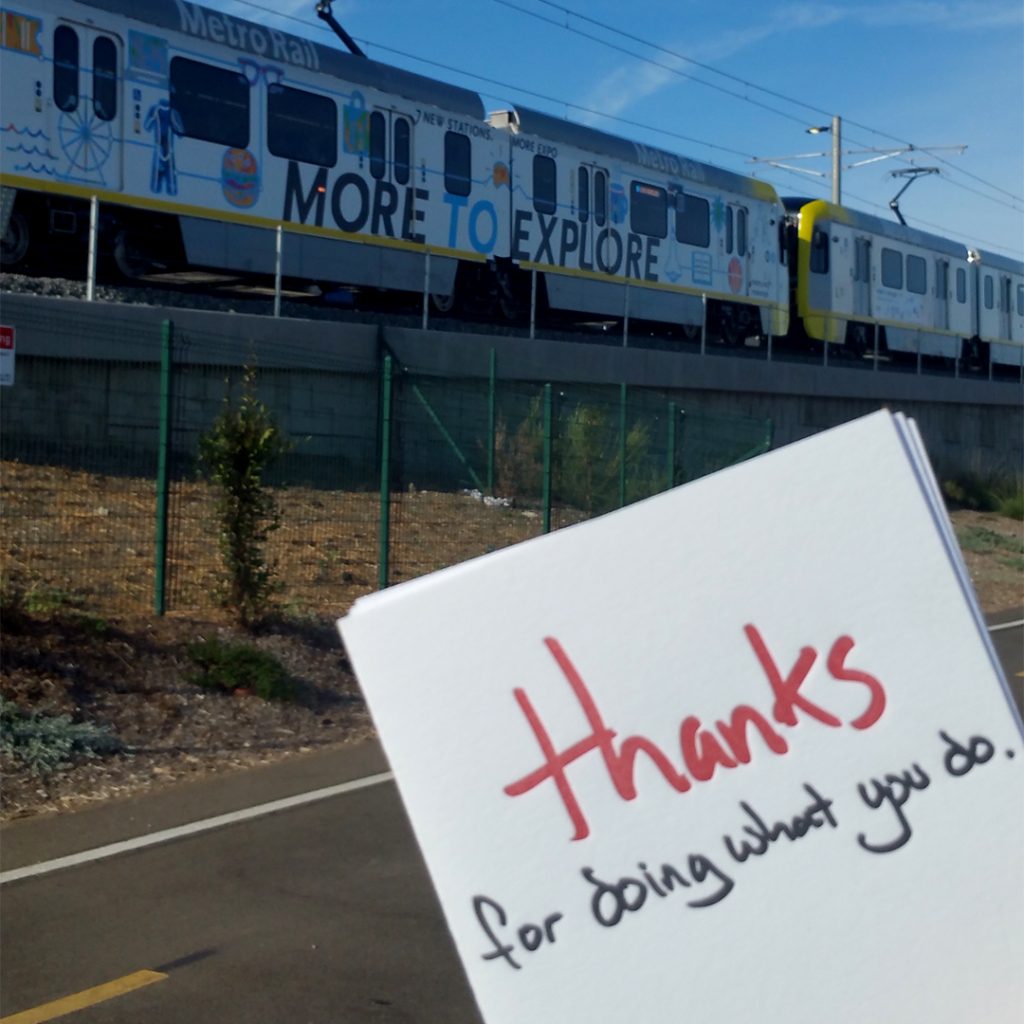 There’s nothing more gratifying while traversing Los Angeles than to aimlessly wander.

Los Angeles is a huge city with tons of people & places – & with those people and places comes a story. Everyone has one. You may see what you see & know what you know, but everything, everyone, & everywhere has a vivid story that spans the length of their life. As existential & cheesy as that all may sound, it’s completely true – we all have story, & it’s nice to tell it or hear it.

Metro Los Angeles has always been part of our story, so we promise to share when we use Metro to explore Los Angeles.

On the train or bus you actually have to sit next to people you don’t know & maybe even have a conversation with someone you would never meet otherwise. I know that I’ve had plenty of moments where someone sits next to me & we chat – & only later do I realize that my initial perception of that person was completely off in comparison to how the person ended up actually being.

Even if you don’t interact, the people-watching is amazing, & it’s not uncommon to see acts of kindness on mass transit – like someone covering someone else’s fare, a kid knowing to get up to let an elderly person sit down, or a nice conversation between 2 people that spans multiple generations. 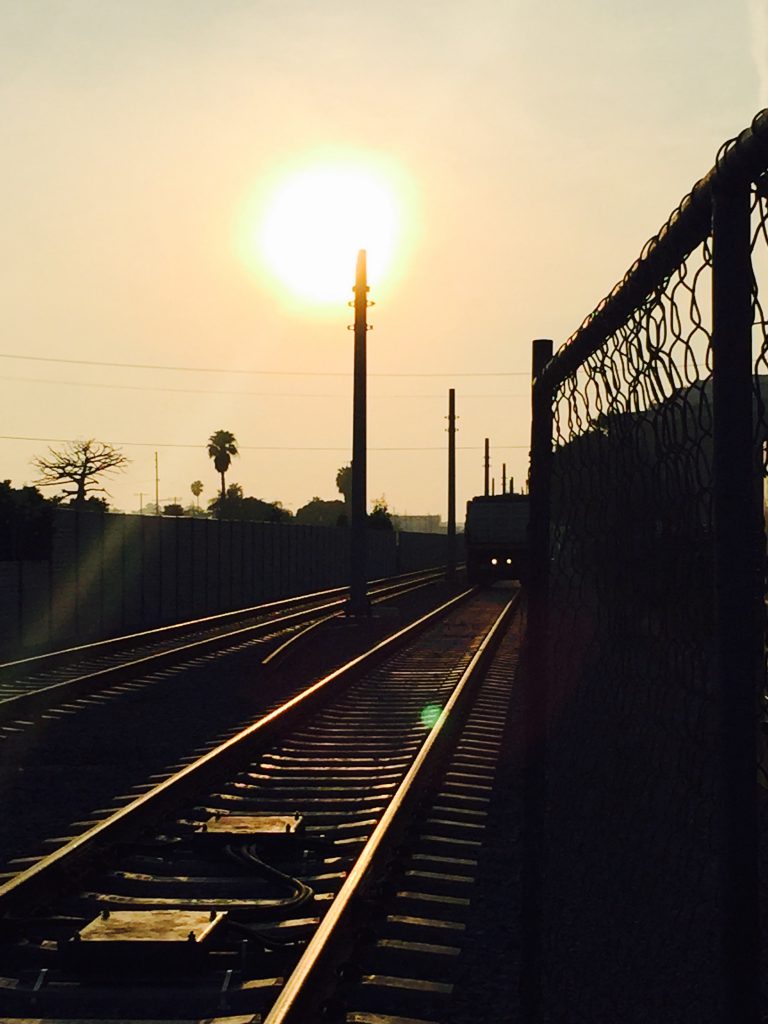 We love Metro LA because it helps us learn those stories & connect in ways we may not be able to in our car.

We know that when we take a train, bus, or subway – we walk a lot more. We know that while on the subway portion of the Red Line, that phone is put away & we may actually read a book. With all the great communities Metro LA stops in, it’s hard to not to see a different side of L.A. you may not be exposed to from your group of friends, work, or social activities.

So many of the best neighborhoods for exploring are steps from a Metro stop & we do whatever we can to show you that it’s easy to use Metro in a safe & enjoyable way to go to events, have a family day trip, or have a fun local shopping experience.

We hope to show you that taking Metro LA can be a fun connection that allows you to meet new people, see new places, & discover Los Angeles in a unique way.

Here is a simple guide to the trains, light rails, & subways of Los Angeles as a starter for new adventures:

This is our favorite train & light rail & one of us @ barrio.la actually took this line exclusively (along with buses) for 2 years from Pasadena to Mid-Wilshire. It runs East from East LA, through DTLA & Union Station, & then North to the San Gabriel Valley where it runs East along the foothills.

The newest Metro LA line as of May 2016, this light rail runs from DTLA (near Staples Center) through South LA, then on to Culver City, West LA, ultimately ending near the beach in Santa Monica.

The Red Line is a subway that runs from DTLA (with 3 stops in DTLA) through Westlake & then continues on up North to Hollywood & eventually ending at Universal Studios.

At Wilshire & Vermont you can continue on to the Purple Line from the Red Line.

The Purple Line is the continuation of the Red Line, which instead of going North to Hollywood – continues West to Wilshire & Western by the Wiltern Theatre. 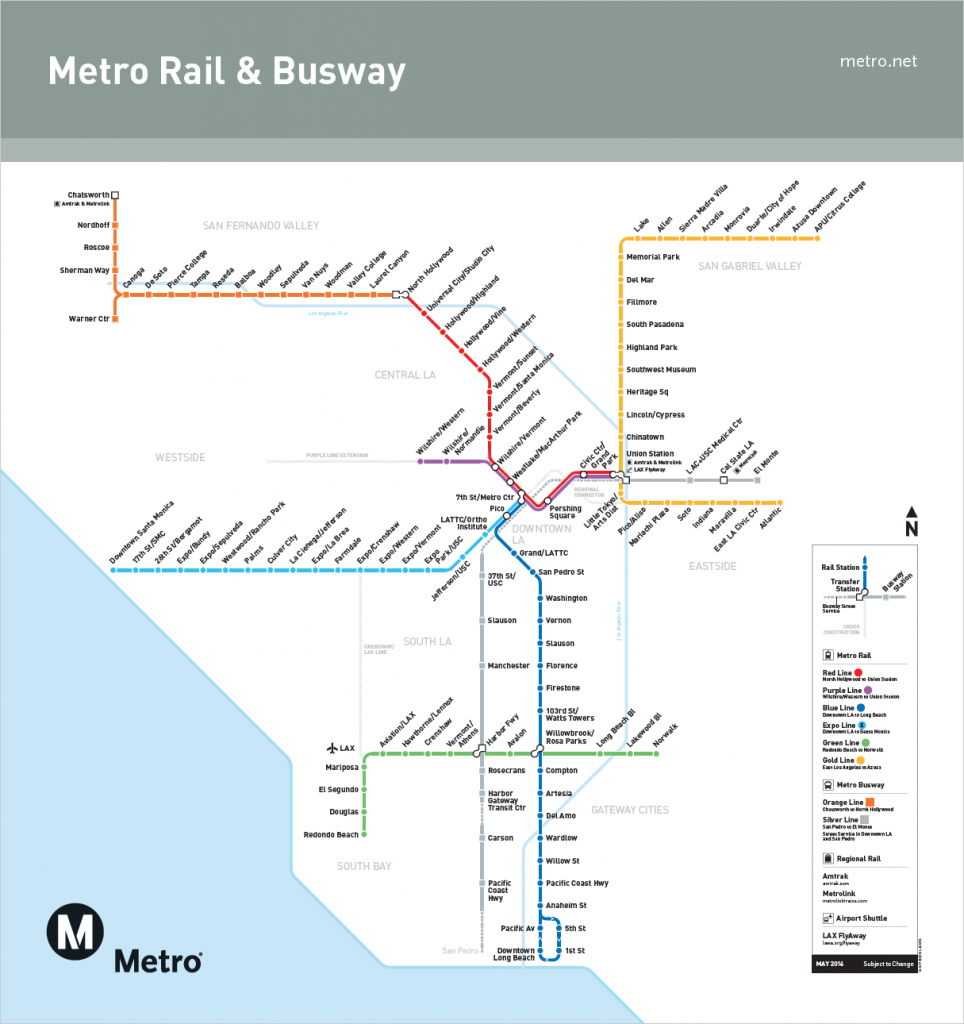 scroll below for more pics