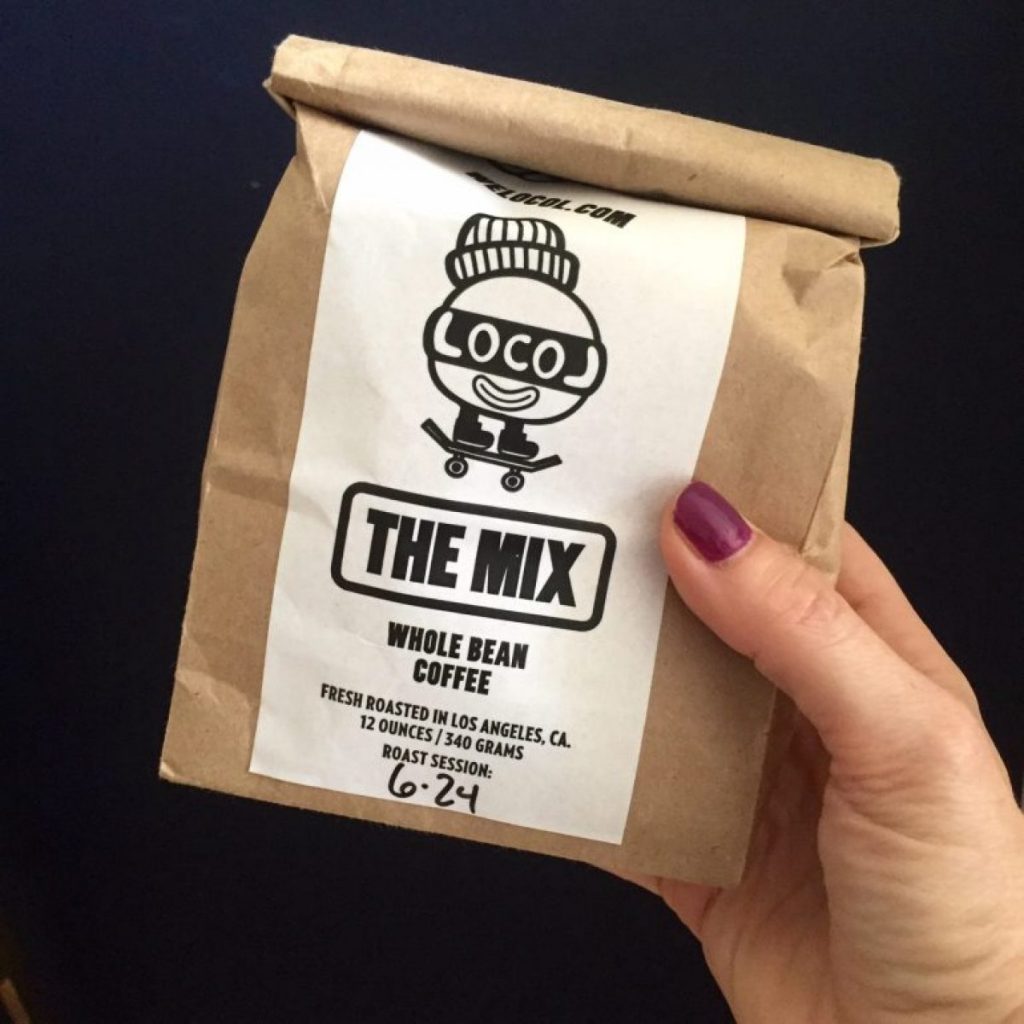 A couple of weeks ago I was on a de-cluttering kick and decided to tackle my magazine pile. In the process of the game of keep/toss, I may have gotten sidetracked by one or two mags that I had not yet read. And while I was flipping through the April issue of Los Angeles Magazine, something magical happened… I came across a story about the $1 coffee being served at Roy Choi and Daniel Patterson’s newish fast-food restaurant LocoL. One-dollar coffee. I think this should be a lesson to us all about the importance of (1) de-cluttering and of (2) getting sidetracked.

Turns out Roy and Daniel had decided that third-wave* quality coffee shouldn’t be limited to third-wave coffee shops. I thought, “FINALLY, someone is doing something about the high cost of third-wave coffee. It’s about time.” I didn’t really say that because up until 3 minutes ago – when I googled “third-wave coffee” for the first time ever – I had no idea what that was. Have I mentioned recently that I am a coffee blogger? Well I am.

Anyway. LocoL is in Watts (with a second location in Oakland, CA), and it is a pretty happening place. It has a modern/contemporary feel and is cool without feeling overwhelmingly hip (though I was there on a Monday afternoon, so who knows what it would be like at night or on a weekend). I had already eaten, so my mission was only to try the coffee, and find out if it was third-wave-approved. 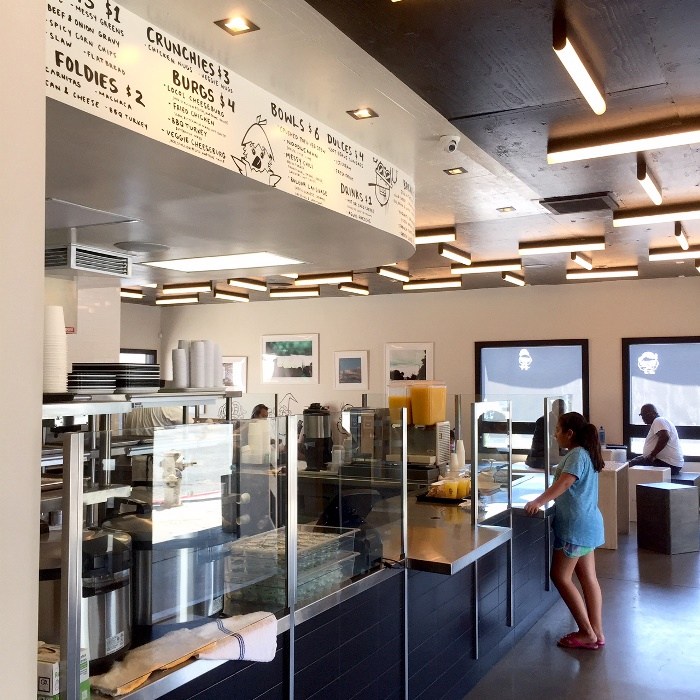 A view of where you pick up your delicious LocoL one-dollar coffee. 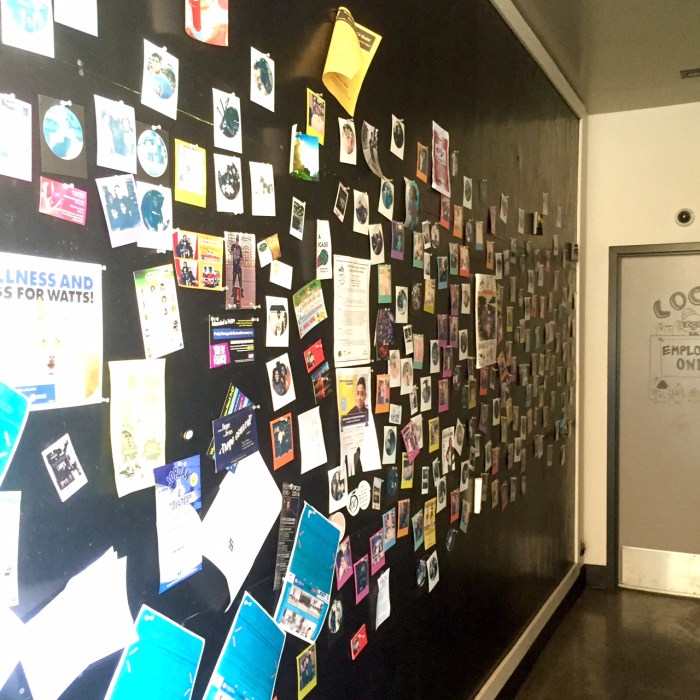 Loved the look of this snapshot-covered wall at LocoL. This wall, along with the framed art and the character drawings, add a pretty hip vibe.

It was hot, so I ordered iced coffee, black. It wasn’t the ubiquitous third-wave (using it everywhere now, so buckle up) “cold brew,” so right away it was 1000% better than any third-wave iced coffee I’ve ever had. Then I asked for some of the sweet milk to add to it so I could see how it tasted when it was “sweet and creamy” style. And when I added the sweet milk, it was magic. LocoL serves coffee four ways: iced or hot and with or without sweet milk. No espressos, no lattes, no disgusting hollow-tasting cold brew and, definitely, praise-be-to-baby-grasshoppers, nooooo nitro! 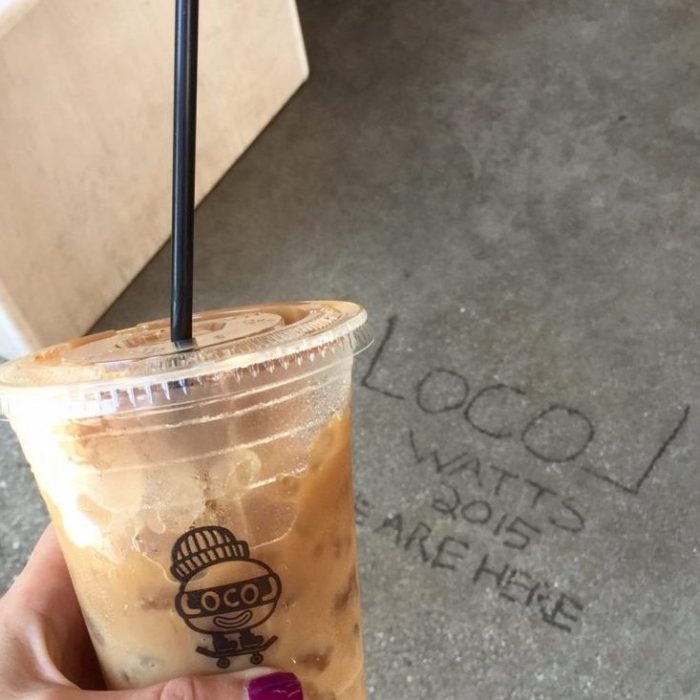 I also bought a bag of beans, “The Mix,” for $8… EIGHT DOLLARS… which I will use for my brewed coffee tomorrow, making LocoL’s coffee “my way” with those beans. FYI, LocoL sources and roasts its own beans, which, as far as I can tell, are a mystery blend of coffees from different regions. My bag of beans was roasted on June 24 – five days ago.

Bottom line, I’ll be going back, and next time I’m going back hungry.

If you live in or are visiting Los Angeles, will you check out LocoL (and the Watts Towers, while you’re at it)?

* According to this Wikipedia page (so we know it is definitely true), the third-wave of coffee is a movement to produce high-quality coffee, and consider coffee as an artisanal foodstuff, like wine, rather than a commodity. 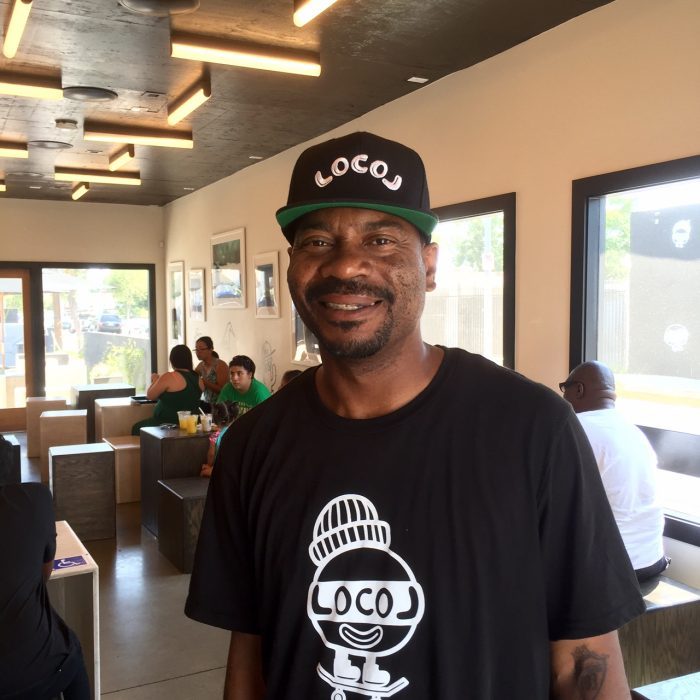 This is Nardo, one of the LocoL team members. He chatted with us about how great it is having a restaurant like LocoL in Watts. Sweet guy. 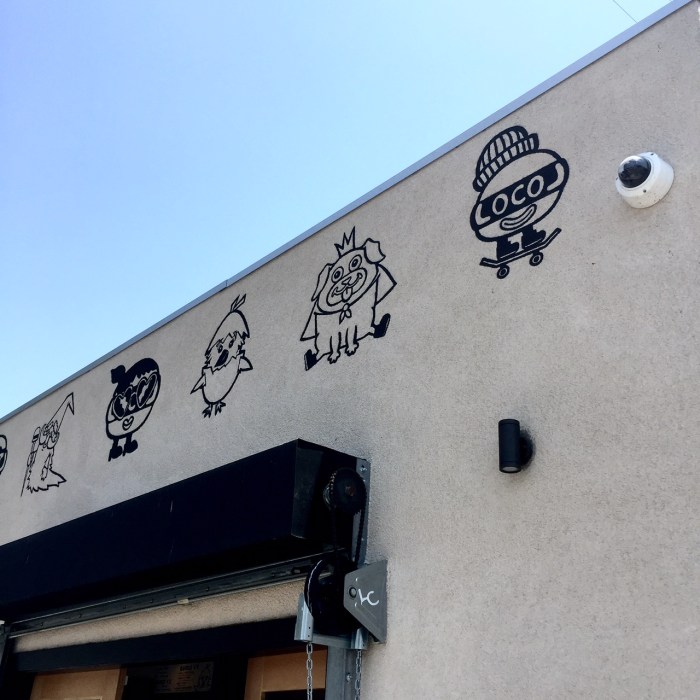 LocoL’s cast of characters on the outside of the building. 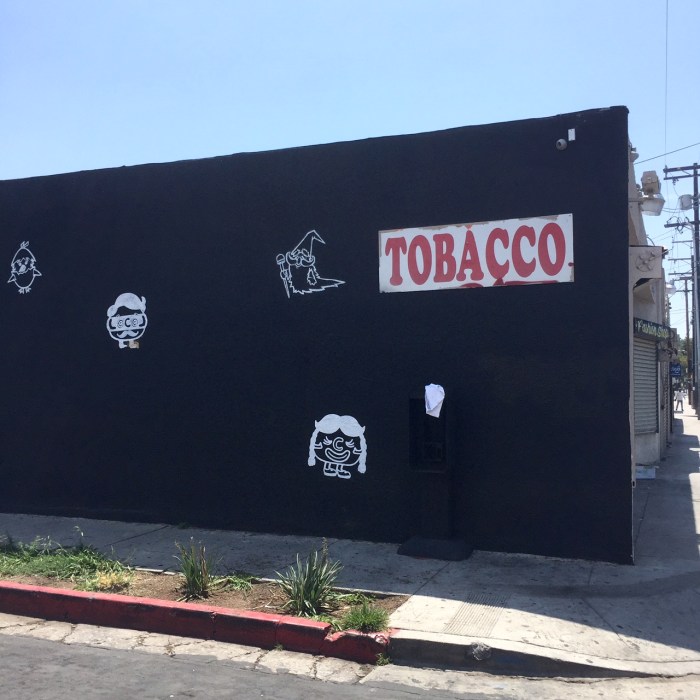 LocoL’s character drawings on the outside of the building across the street. You can see this wall from inside the restaurant. Wish the tobacco sign would go the way of the defunct pay phone, which is barely detectable in this image. 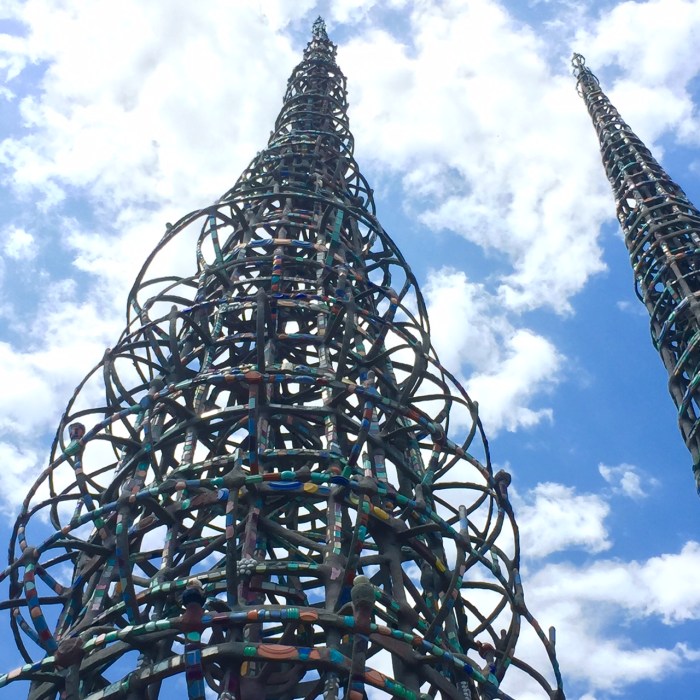 One of the Watts Towers spires which is in the same neighborhood as LocoL. 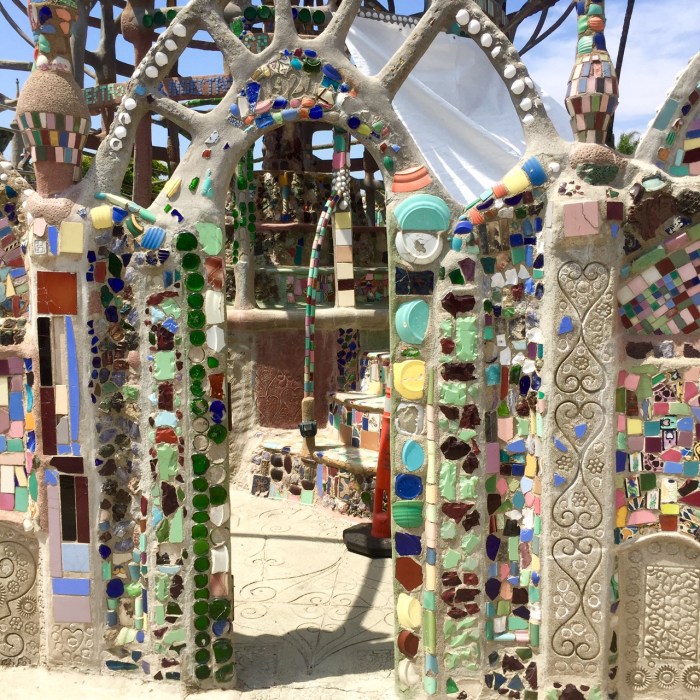 Close-up of the entrance to the Watts Towers.

Update on the beans:  brewed them this morning using the Chemex, and I loved the coffee. Delicious, smooth, nice aroma. I would buy a bag of these beans whenever I am at the restaurant. I might also buy a baseball hat like Nardo’s, but those are $25 so…

My name is Anne Stericker, and I am a writer and lifestyle consultant living in Los Angeles. And while I absolutely love Los Angeles, I also love a lot of other cities I have visited and/or lived in… cities like New York, Sydney, Paris and Rome. This is because, as far back as I can remember, I have taken immense pleasuring in finding things – both tangible and experiential — that are beautiful, practical and luxurious.

I also have a philosophy that a thing or experience need not be expensive in order to be luxurious. In fact, I firmly assert that there is zero correlation between the cost of an object or experience and how much pleasure it can bring. For me, coffee is one of those things. It can be delicious, beautiful and luxurious, and you definitely don’t have to be a millionaire to afford it. Coffee represents, perfectly, my philosophy that you can have taste, quality and luxury all at once, no matter what your budget is.